It has become a tradition in Ukraine that journalists, activist 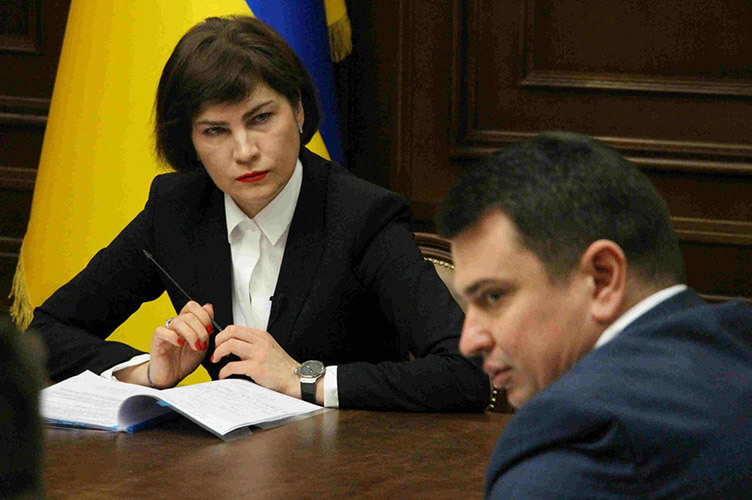 s, even people’s deputies can easily blame a person in publicly for the inaccuracy of declared information. Let us analyze the ways of protection against such blames.

Recently, even Iryna Venediktova had to comment on the accusation on possession of an undeclared watch.

Each slanderer person faces a choice of how to protect effectively their moral rights. The Constitution (Article 32) and the Civil Code (Articles 277 and 280) offer a person the following options: give an answer, refute false information, demand the removal of information, as well as compensation for property and moral damage caused by the collection, storage, use and spread of false information .
On January 1, 2020, the Law “On Amending the Law of Ukraine“ On Prevention of Corruption” entered into force, which balances the rights of the accuser with the right of a “groundlessly exposed” person to answer.

First of all, you can exercise the right to answer, however, the effectiveness of this method depends on how much public credability the accused person and the distributor of false information have. The right to answer is provided for by Part 1 of Article 277 of the Civil Code, Article 65 of the Law “On Television and Radio Broadcasting” and Article 37 of the Law “On Printed Media (Press) in Ukraine”.
The refutation of false information will not help to restore the violated right when the information appears to be true, but somewhat distorted. The exercise of the right to answer, on the contrary, allows you to achieve the desired result.

For example, if the media publishes information that the official transfers a certain amount to someone every month, then such coverage can negatively affect a career. However, if it becomes known that these funds are donated to the orphanage, the information acquires a positive connotation.

The Supreme Court, while considering the case No. 161/4052/16-c, concluded that the information, that the plaintiff requested to consider as inaccurate is value judgment and is not a subject to refutation. At the same time, the Court noted that the plaintiff had the opportunity to defend his rights by the means of the right to answer provided by law, as well as the right to his own interpretation of the case in the same media with the aim of justifying the groundlessness of widespread judgments, giving them a different assessment.

In order to exercise the right to answer, it is worth observing the procedure for its implementation in order not to make a mistake and not to lose the opportunity to defend the right in court. An example is case No. 428/3327/19.
The court noted that the broadcasting organization may refuse the person to refute the spread information if the refutation statement and the response statement (comment or own interpretation of the circumstances of the case) were filed in violation of the requirements of part 14 of article 64 of the Law on Television and Radio Broadcasting.

An application requesting a refutation (response) must be submitted to the broadcasting organization in writing within 14 days from the date of spread of such information with written notification of this to the National Council on Television and Radio Broadcasting.

While submitting an application by mail, it is advisable to take into account the delivery time of correspondence. So, the plaintiff in case No. 758/12829/15-ts was not able to exercise his right to answer and receive evidence of the program broadcast due to the fact that the letters were received by the broadcasting organization after 14 days. But the law does not impose on responsible persons the obligation to maintain a record after this period, unless a complaint has been received regarding the content of the broadcast.

After receiving the application, the broadcasting organization is obliged to consider it within 7 days from the date of receipt. In case of refusal of a refutation (response), she is obliged to urgently inform the applicant about this. Refusal or ignoring of the statement of response may become the basis for filing a claim for the right to answer. If the court decides in favour of the right of reply, then it must also indicate the time period within which the answer or refutation must be made in public.

Who are public figures?

Judicial protection by refuting inaccurate information provides wider opportunities to counter information that is harmful to the reputation and may lead to gaining of more public trust if the right communication strategy is chosen. When choosing this method, it is advisable to take into account several important points in the process of refuting false information, especially in respect to public persons.
Resolution 1165 (1998) of the Parliamentary Assembly of the Council of Europe on the right for privacy determines that public figures are persons holding public office and (or) use public resources, as well as all those who play a role in public life (in the field of politics, economics, art, social services, sports or any other industry).

At the same time, the concept of “public person” in the understanding of the courts is much broader than the definition of “national public figure” given in the law “On Prevention and Counteraction of the Legalization (Laundering) of Criminally Obtained Incomes, Financing of Terrorism and Financing the Spread of Weapons of Mass Destruction”.

During the consideration of cases No. 645/482/17 and 362/1057/18, the Supreme Court refused to satisfy the plaintiffs’ cassation appeals, indicating that the plaintiffs in these cases are public persons (police officer and land surveyor of the village council, respectively).

So, public figures are not only politicians and civil servants, whose posts belong to category “A”. When filing a lawsuit to protect the honor, dignity and business reputation, the limits of acceptable criticism of public persons should be taken into account.

Since politicians and public officials who exercise public power at the local, regional, national or international levels, have decided to appeal to public trust and agreed to “expose” themselves for public political discussion, they are subject to close public control and can potentially experience acute public criticism in the media about how they have performed or are fulfilling their functions. At the same time, such figures and persons should not have greater protection of their reputation and other rights than others (Articles 3, 4, 6 of the Declaration on the Freedom of Political Debate in the Media, approved on 12.02.2004 at the 872nd meeting of the Committee of Ministers of the Council Europe).

The practice of Ukrainian courts and the European Court of Human Rights on the protection of honor, dignity and business reputation distinguishes two types of information – value judgments and factual statements.

In cases of refutation of false information, the subject of judicial protection cannot be value judgments, opinions, convictions, critical assessment of certain facts and shortcomings. Value judgments as an expression of subjective opinions and views cannot be checked for accuracy (in contradiction to verifying the truth of facts), they cannot be refuted or confirmed, which corresponds to the case law of the ECHR in interpreting the provisions of Article 10 of the Convention for the Protection of Human Rights and Fundamental Freedoms (decision dated 8.07.86 in the case of Lingens v. Austria).

Also, value judgments are statements that cannot be interpreted as containing factual data, in particular given the nature of the use of language and stylistic means (the use of hyperbolas, allegories, satires).
There are interesting cases when the courts take into account signs that reflect the emotions of people. So, in the case No. 372/4003/15-c, the Supreme Court came to the conclusion that in the defendant’s comments the sign “)” was doubled after each of the two statements.

In terms of the rules of the Ukrainian language, commentary, if considered as an informational message, would not have a “)” sign at all. According to the well-known practice of Internet users, the sign “)” means a smile. The use of such a doubled sign means the expression of emotion, close to laughter. So, the respondent’s comment was not a set of factual data spread as information provided in Article 200 of the Civil Code. The Supreme Court agreed that this commentary is a value judgment, since in terms of the style of its presentation, the satirical nature of the commentary is obvious, namely, a criticism of the circumstances described in this article (Resolution of 06/20/2018).

The same article in its various parts may contain both value judgments and factual statements. The prospects for a trial also depend on the proper choice of defense method, taking into account the legal positions of the Supreme Court.

In the beforementioned case, the refuted information was spread as follows: “The corrupt official has resumed the corruptionist!” At first glance, the sentence that is subjected to refutation, claims that the plaintiff is a corrupt official. You can check this information, because Part 1 of Article 59 of the Law “On the Prevention of Corruption” establishes that information on persons, who were brought to criminal, administrative, disciplinary or civilly liability for committing corruption or corruption-related offenses is entered into special registry. This registry does not contain information about the plaintiff, therefore, he is not a corrupt official.

However, the court evaluated the “)” sign as a smile, therefore, from the point of view of the presentation style, taking into account all the circumstances, in total, it was established that the satirical nature of this commentary as an assessment of the content of the article is obvious. So the statement that the public servant is a corrupt official turned into a value judgment by using the “)” sign.

Of course, in order to effectively protect the honor, dignity and business reputation of public persons, it is necessary to take into account other features, in particular, while refuting false information regarding family members. But the main thing is to try to make a model of variants for protecting personal non-property rights, taking into account possible objections of the defendants, which are mostly typical.