Theory and Practice of Chaos 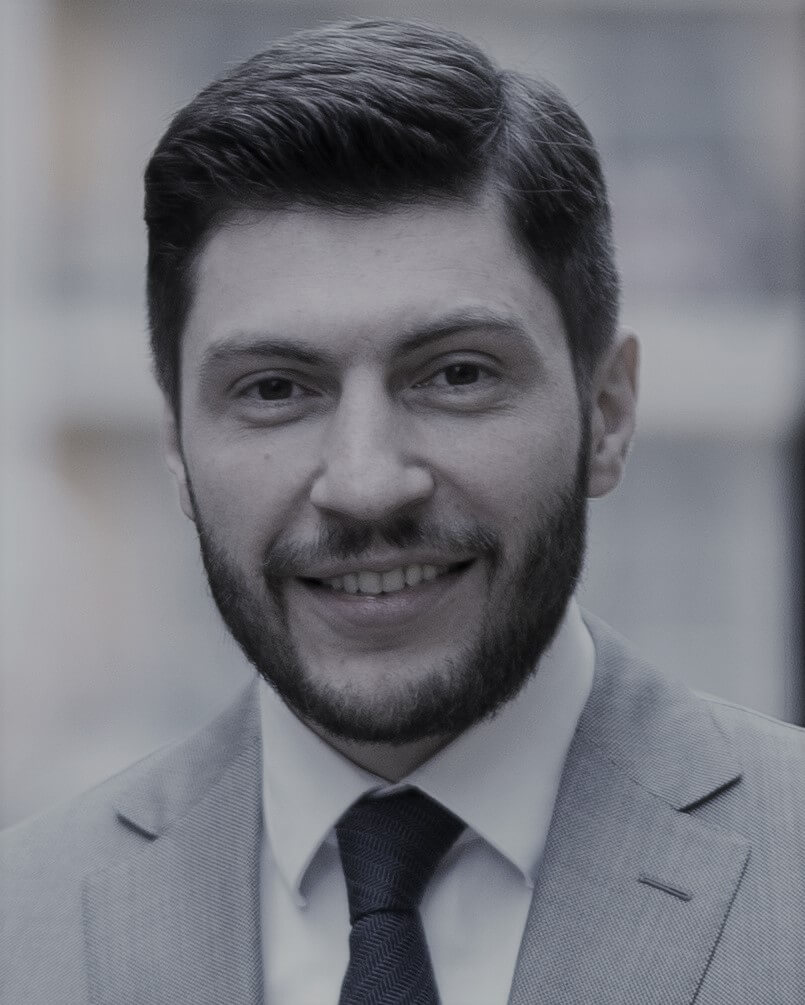 In the field of cancellation of seizure imposed on property in criminal proceedings, there are many controversial issues, in which even the highest judicial authorities come to diametrically opposite conclusions. This is one of the phenomenal examples of the full applicability of the latest physical theories of modern Ukrainian jurisprudence, in which, instead of legal certainty, we are dealing with non-linear dynamic systems in which long-term forecasting is impossible.

If the seizure of property was imposed in criminal proceedings under the rules of the current Code of Criminal Procedure of Ukraine (2012), then the appeal process will not cause any particular obstacles to law enforcement, and the set of appeal options will depend on the stage of procedure. On the hot traces, an appeal may be filed against the decision of the investigating judge to arrest the property. If appeals have not been made or have been unsuccessful, without limitation in the terms and the number of attempts, but within the pre-trial investigation, it is possible to appeal to investigative judges with motions for lifting of arrest.

The Ruling of the investigating judge to lift the arrest during the pre-trial investigation is not subject to appeal. Its direct consequence should be the immediate return of the property (including the removal of encumbrances in the respective registers), and from 17.10.2019 – also notification to the investigating judge about such return. However, investigators manage to sabotage the direct provisions of the law, and the most “talented” – make repeated petitions for the arrest of the property. The practice has developed a range of legitimately counteracting methods for such manifestations of legal nihilism.

If the criminal proceedings were closed by the prosecutor, he or she has, simultaneously with making such a decision, to lift the seizure (Part 3 of Article 174 of the Code of Criminal Procedure). The investigator is not empowered with such rights (as the result of the national specificity of “blind” lawmaking). So, if the proceedings were closed by the investigator, or if the prosecutor, having closed the proceedings, “forgot” to lift the seizure of the property and did not respond to the motion, he would have to apply to the investigating judge.

During a preparatory hearing, the court, at the request of the parties in the trial, has the right to lift an injunction of criminal proceedings, including the seizure of property and to “impose” its participation on the court, which often expresses sincere surprise at such an occasion.

If the stage of the trial has begun, then you will have to wait for the adoption of the court decision, which ends the trial (part 4 of article 174 of the CPC). The court would not prefer to resolve the issue of lifting property arrest earlier. A simple example will allow us to navigate within the time limits and prospects: in one of my proceedings sent to the court in February 2016, the trial in the first instance is still ongoing.

In order to save time and effort, it is worth to mention that in all the cases described above the alternative ways of appealing the seizure of property (in administrative or civil proceedings) may seem attractive, but will not bring the expected satisfaction.

As far back as 2013, the Plenum of Higher Administrative Court of Ukraine warned that the jurisdiction of administrative courts does not govern to public law disputes regarding the lift of property seizure imposed by an investigating judge or a court in the manner provided for in Chapter 17 Code of Criminal Procedure.

The Grand Chamber of the Supreme Court also noted that a person who believes that the arrest of property imposed in the manner provided for in the Code of Criminal Procedure violated her right of ownership (even if she is not a party of criminal proceedings) has the right to appeal against such actions and apply to the court to lift the seizure only in criminal proceedings (for example, the decision of 03/27/2019 p. in civil case No. 202/1452/18).

If you weren’t embarrassed by the feeling of quantum uncertainty, then this is only because we have not yet covered the issue of lifting the seizure of property applied during the pre-trial investigation before the new Criminal Procedure Code came into force (that is, before November 20, 2012). According to paragraph 9 of Chapter XI “Transitional Provisions” of the current Code of Criminal Procedure, such an arrest of property may be amended or lifted in accordance with the procedure specified in the Criminal Procedure Code of 1960 year Part 4 of Art. 126 of the Code of Criminal Procedure of as 1960 year, it was assumed that the seizure of property was canceled by a resolution of the investigator when the need for applying this measure disappeared. Consequently, there is nothing easier than to turn to the investigator and get an order to lift the arrest of property.

However, what if the investigator did not provide an answer to your appeal, refused, or something incomprehensible? The complexity of the answer depends on the nature of the metamorphoses that the criminal case has suffered (closed, added in Unified State Register of Enterprises and Organizations of Ukraine and has a certain stage of development), as well as on the subject of the property right whose rights are violated by the arrest (individual or legal entity)
Lets recall that the CPC of 1960 year did not provide for a procedure for judicial appeal of decisions, actions or inaction of an investigator, prosecutor, and also did not recognize subjects of appeal that are not parties in the criminal process. Therefore, there is a persistent feeling that the court must protect the right for property. But which one? The issue has an interesting history of development, the tendency of which was the persistent denial of courts (including higher specialized) from the jurisdictional belonging of such disputes.

An accurate description of the situation on this issue in Ukraine is provided in the decision of the ECHR (dated on December 22, 2009, “Bezymyannaya v. Russia”, application No. 21851/03), the sententia of violation by Russian Federation of Paragraph 1, Article 6 of the Convention “The applicant found himself in a vicious circle, in a situation where the domestic courts pointed to each other and refused to consider her case. The domestic courts effectively left the applicant in a judicial vacuum without any fault on his part.” 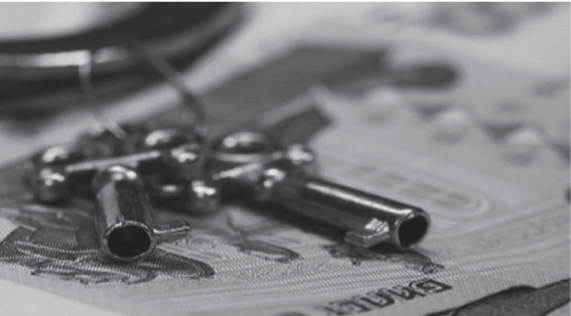 Courts of civil jurisdiction, with the rare exceptions (for example, the decision of the Solomensk district court of Kiev City dated on 11/14/2016 in the case No. 760/10773/16-c), believed that such disputes had not be resolved in civil proceedings . Moreover, if the owner individual filed a lawsuit, he was advised to appeal the arrest in accordance with the Code of Criminal Procedure (for example, the decision of the Lenin District Court, City of Zaporozhya, dated on 10/31/2016 in case No. 334/7101/16-c).

If a legal entity appealed, local general courts, as a rule, refused to open proceedings, referring to paragraph 4 of the decision of the Arbitration Court of Ukraine for the consideration of civil and criminal cases No. 5 as of 06/03/2016, which provided that in case the parties are legal entities, the claims for the lifting of property seizure are subject to consideration in accordance with the commercial proceedings regardless of the grounds for the seizure of property. In the same order, they determined the jurisdiction of disputes involving individual entrepreneurs if the seizure of property was related to their business activities (for example, the Rulling of the Kryvyi Rih district court of Krymenchuk City, Poltava region dated on 02.28.2017, in case No. 537/775/17).

Doesn’t it a vicious circle and a judicial vacuum?

Let’s try to understand this chaos, taking into account the spirit of law and the latest judicial practice of the Supreme Court. In the process of resolving this issue, it is important, on the one hand, to ensure judicial protection of property rights, and on the other hand, not to harm the interests of criminal proceedings.

If the criminal case is closed or information from it has not been added to Unified Register of Pre-Trial Investigations of Ukraine, which indicates the termination of the criminal procedure, then the intervention of the arrest in the property right is actually getting an arbitrary nature, since the legitimate aim of the property arrest is lost as a limitation of the person’s conventional right on peaceful possession – the preservation of things and material assets to ensure the ability to perform the tasks of criminal proceedings.

If the criminal case is closed, then the interference of the seizure in the right of ownership actually becomes arbitrary

According to the given acute issues, the current Code of Criminal Procedure refers to the norms of the Code of Criminal Procedure as of 1960 year, which did not contain the relevant appeal procedures. However, this cannot be an obstacle to access to the court. In my opinion, in this case, the requirement to release property from arrest imposed in accordance with the Code of Criminal Procedure of 1960 year is a way of protecting property rights (a kind of negative claim). They arise from civil legal relations, and therefore are subject to consideration in civil or economic proceedings (depending on the subject composition). This approach is illustrated, for example, by the decision of the Supreme Court of the Armed Forces as of 05.15.2019. In the case No. 372/2904/17-s. However, this position, unfortunately, is not unanimous, given the separate opinion with reference to the legal opinion in the Ruling of 10/17/2018. In case No. 461/233/17-ts.

If the information on the criminal case was added to Unified Register of Pre-Trial Investigations of Ukraine and the criminal procedure has a certain stage, then opinions regarding the jurisdiction of appeal against seizure have a certain stratification. The “Humane” part of the judges of the Supreme Court considers that such disputes are also subject to consideration in civil or commercial proceedings (depending on the parties).

A separate direction is the position of the Grand Chamber of the Supreme Court, according to which, if the information on the criminal case was added to Unified Register of Pre-Trial Investigations of Ukraine and the proceeding was sent to the trail, and the court has already decided the case on the merits, but has not canceled the arrest, then it is necessary to apply to the same court in accordance with Art. 409 of the Criminal Procedure Code as of 1960 year (for example, the Ruling of the Grand Chamber of the Supreme Court from 05.23.2018 in the case No. 569/4374/16-c).

What position of the Grand Chamber of the Supreme Court shall be guided by local and courts of appeal?