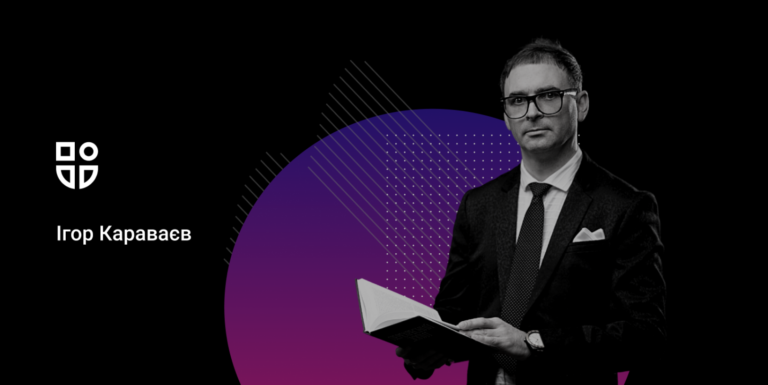 There are no other people’s children

There are no other people’s children – they are all ours! This wording is very significant today. There is a sad result of a terrible war: thousands of children became orphans, lost guardians, faced the horrors of war, got lost during the bombing, evacuation from war zones, went missing, were forcibly taken to the territory of the aggressor country and do not know anything about their parents . In recent weeks, photographs of Ukrainian child victims of Putin’s misanthropic regime’s war against the democratic world centered on Ukraine are on headlines across the world’s media. But the reason today is not the victories of Ukrainian children in creative competitions or their outstanding sporting achievements, but the war! The unjustified and insidious war of the rashist horde by choice, not by compulsion.

Tens of thousands of crippled lives of Ukrainian children are in need of special protection, care and concern.

Our irreplaceable losses: as of the morning of March 28, 2022, 143 children were killed as a result of the war of conquest unleashed by Russia. 217 children received injuries of varying severity. This was announced by the Office of the Prosecutor General of Ukraine.

Many children did not have full families even before the war, they lived in orphanages and boarding schools. Let’s be honest: the state of Ukraine did not fully care about them. However, many families in Ukraine and abroad gave to thousands of little Ukrainians a chance for a better life by adopting them and giving them the joy of smiles and the warmth of their hearts. According to experts, many families from the relatively safe territories of Ukraine are ready to adopt a child even at this difficult time.

Recently, the media and social networks have been actively share calls for the urgent adoption of children who lost their parents as a result of the Russian war against Ukraine, as well as children who were in institutional care facilities near the combat area. At the same time, it is proposed to simplify all existing procedures. Last but not least, as a response to such calls in order to eliminate disagreements and misunderstandings, on March 13, 2022, the Ministry of Social Policy of Ukraine provided clarifications on adoption issues under martial law.

Who can adopt a child and which government agency ensures this

The child’s relatives have the priority right to adopt a child. Persons wishing to adopt a child must, without fail, apply to the child welfare service at the place of residence. They must collect the necessary documents and undergo training, prove that they meet the requirements for adoption, and register themselves as candidates for adoptive parents (this is also maintained by the services for children). Only then can the adoption process begin.

The Children’s Welfare Service provides official information about a child, who is eligible to be adopted, and plays a key role in ensuring that children are adopted. The state’s priority is to take comprehensive measures to realize the child’s right to be raised by parents or other relatives. Such activities include:

Which child can be adopted

You can adopt an orphan child, a child deprived of parental care, a child whose notarized consent for adoption was provided by his parents, and which is mandatory registered for adoption. This register is maintained by the Children’s Services and the National Social Services. It should be understood that children who lose their parents as a result of hostilities these days are not currently registered with the relevant service and will not be able to be registered for adoption in the near future.

The current legislation of Ukraine does not provide for the possibility of changing or simplifying the adoption procedure. Currently, it is carried out on the basis of the Decree of the Cabinet of Ministers of Ukraine No. 905 dated 08.10.2008 “On Approval of the Procedure for Implementing Adoption Activities and Supervising the Observance of the Rights of Adopted Children”.

Is it possible to adopt a child who became an orphan as a result of hostilities on the territory of Ukraine?

Art. 207 of the Family Code of Ukraine (hereinafter – the FC of Ukraine) provides for a provision according to which adoption is the adoption by an adoptive parent of a person in his family as a daughter or son, which is carried out on the basis of a court decision, except for the cases provided for in Art. 282 FC of Ukraine. The adoption of a child takes place in child’s best interests to ensure stable and harmonious conditions of his life. It is clear that at present, in regions where active hostilities are taking place, services for children’s affairs and courts do not function properly and objectively cannot fully exercise their powers. Given this, the adoption process cannot be organized in compliance with all the procedures provided for by law.

Direct speech of the Ministry of Social Policy of Ukraine: “The adoption of children located on the territory of Ukraine will be carried out only in those regions where there are no military operations and the state authorities of Ukraine are working, and only in case the circumstances of the life of the children’s parents or other relatives could be established. In a state of war, when people can be under siege without communication, in capture or in a hospital with injuries of varying complexity, it may require a longer time. It should also be taken into account that persons wishing to adopt a child will not always be able to collect the necessary documents, confirm the availability of housing and permanent income, and create appropriate conditions for the child’s upbringing and development.”

How each of us can help a child if it is not yet possible to adopt him.

Contact Children’s Services. A child left without parental care may be temporarily placed in a family of relatives, acquaintances or foster care. Children who have already received the status of an orphan or a child deprived of parental care can be placed under guardianship, in a foster family or a family-type children’s home.

Use the chat bot “Child is not alone” via link. It was created on the initiative of Daria Gerasimchuk, Advisor-President of Ukraine on Children’s Rights and Child Rehabilitation, in cooperation with the Office of the President of Ukraine, the Ministry of Social Policy of Ukraine and UNICEF to help children in difficult situations of martial law.

Our victory is close thanks to the courage and heroism of the Armed Forces of Ukraine, the unity and self-sacrifice of the Ukrainian people! When I see the eyes of volunteers filled with courage and confidence, I understand that the people of Ukraine cannot be defeated! After the victory, we must give every child who has lost his parents as a result of hostilities. Easy to say, hard to do, but worth striving for. After all, there are no other people’s children – they are all ours.