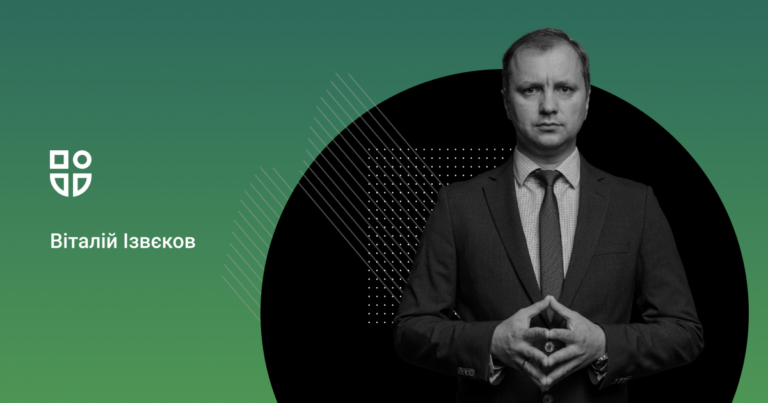 War bonds are an opportunity for everyone to support the country

The war in Ukraine, especially its large-scale phase, stirred up the entire civilized world. Our society shows solidarity and unity at this time of the most difficult trials. Everyone is trying to be useful and help people affected by the war, the Armed Forces of Ukraine, other military formations that directly defend the country, putting the most valuable thing at stake – their own lives.

In addition to the military component, the war requires the reorganization of all spheres of the country’s life, its economy, domestic and foreign policy for maximum resistance to the enemy on all fronts. Emphasis and priorities are shifting towards ensuring the country’s defense capability and resolving the wave of humanitarian issues provoked by the war. And these are huge unplanned funds that force us to look for additional sources of financing for budgets at all levels.

According to the calculations of the Ministry of Finance, the Ukrainian state spends about $10 billion during the month of military operations! Ukraine is looking for funding both on domestic and foreign financial markets. One of the tools to raise additional funds is the so-called war bonds. Their placement began after the adoption by the government of Ukraine of the  Rulling “On the issue of bonds of internal state loan “Military bonds”” dated February 25, 2022 No. 156, which in such way outlined the intention to raise up to UAH 400 billion.

What are war bonds

The very name “war bonds” indicates that the funds will be used to cover the needs in the military sphere. This is justified by the introduction of martial law and the establishment by Decree of the President of Ukraine No. 64/2022 of February 24, 2022 of the obligatition for the government to immediately provide funding for all measures. However, the legislation does not establish the obligation of such their intended use. The received funds go to the State Budget of Ukraine and are aim to cover its deficit. The Ministry of Finance of Ukraine also reports that funds from war bonds attracted to the state budget are used to ensure the uninterrupted provision of the state’s financial needs under martial law, both social and defense.

The issue of BISL is regulated by the Resolution of the Cabinet of Ministers of January 31, 2001 No. 80, which stipulates that the Ministry of Finance of Ukraine acts as their issuer. It determines the time and volume of the issue of BISL, the period of their circulation, the interest rate and other conditions of issue. The Ministry of Finance, on behalf of the state, plays the role of a guarantor of the timely repayment and payment of income on bonds.

Most financial companies in the war bond market have abolished their own commissions for trading and custody operations, thus helping to attract the widest possible range of citizens who have expressed their intention to purchase bonds.

Since the beginning of martial law, the Ministry of Finance has already held 6 auctions. At the auction on April 5, 2021, more than UAH 5.5 billion was attracted to the state budget.

The National Bank also contributes to the liberalization of the placement of war bonds by simplifying the mechanism for identifying and verifying buyers and stopping scheduled and unscheduled on site inspections of banks and non-banking institutions for supervision in the area of financial monitoring, compliance with currency and sanctions legislation for the wartime period. The corresponding decision was approved by the Resolution of the Board of the National Bank of Ukraine dated March 23, 2022 No. 60. In addition, during martial law, there was concealed the obligation of the investor to prove the legality of the source of origin of funds for which bonds will be purchased. Now, for the purchase of military bonds, all procedures for identifying, verifying individual buyers, as well as signing documents are carried out through remote communication channels and using electronic signatures.

Buyers of war bonds, which are placed on the domestic stock market, can be both Ukrainian citizens and companies, and foreigners. The Ministry of Finance offers the market 4 types of military bonds in hryvnia, one in Euros and one in US dollars. The nominal value of one bond is 1,000 monetary units of the currency in which it is nominated.

Each of the individual issues of war bonds has its own “life cycle” from 2 months to 1.3 years. Depending on the maturity period, the rate of return on the bond is determined, which is 10-11% per annum.

A slightly different mechanism for conducting transactions with medium-term bonds (maturity from 1 to 5 years). It should be noted that at present the Ministry of Finance has issued only one type of UAH medium-term war bonds with a maturity of 1.3 years (ISIN UA4000225809). Determining the price of primary sales of such bonds is somewhat more complicated and is carried out according to the formula provided in the Basic conditions for the issue and the procedure for placing medium-term government bonds, approved by the Cabinet of Ministers of January 31, 2001 No. 80. These bonds are interest-bearing, not discounted. Their key feature is the obligation of the issuer to pay interest after a certain period – the so-called coupon income.

In other words, the mechanism of action of medium-term bonds provides for investment for a longer period, however, the investor receives a part of the total income from the bond (coupon income) on clearly defined calendar dates. For example, the conditions for issuing military bonds with a maturity of 21 of June 2023 (ISIN UA4000225809) provide for 3 6-month coupon periods, at the end of each of which the investor will receive part of his interest.

In all cases, the return of the nominal value (redemption) of military bonds is made at the end of their turnover period.

By placing mainly short-term “war bonds”, the government in such a way tries to create the most attractive conditions for ecouraging the widest possible range of private individuals. From the point of view of the psychology of inexperienced investors, a relatively short loan term is perceived as its safety, which makes beginners more daring.

In addition to a fairly simple procedure for acquiring war bonds during martial law, the state offers decent legal and financial conditions to investors.

Military bonds, like other inner state bonds, are securities that confirm the commitment of the state of Ukraine to return the funds borrowed from investors with the payment of relevant income for the period of use of these funds. In other words, our state is a debtor in its obligations under military bonds.

The return of the investment and the payment of income is carried out at the expense of the funds of the National Bank received by it from the state budget, which keeps records of them, as a depository in respect of government bonds. That means,that the investment in military bonds is guaranteed by the state, which is a significant advantage over bank deposits, which are guaranteed by the state only within UAH 200,000 (except for deposits with Sberbank, which are also 100% guaranteed, Article 57 of the Law of Ukraine “On Banks and Banking Activities”).

Income of individuals from investing in government bonds is not taxed

According to paragraphs. 165.1.52 p. 165.1 art. 165 of the Tax Code of Ukraine, the amount of investment profit from operations with debt obligations of the National Bank of Ukraine and government securities are not included in the total monthly (annual) taxable income of an individual. In addition, investment profit  from the war bonds are exempt from war tax, which is 1.5%. Instead, investing in another investment instrument that is closest to individuals – a bank deposit – provides for the accrual and payment of an 18% tax and of a 1.5% military tax on the income received from its placement for individuals.

The state is currently issuing war bonds with yields of 10-11% in hryvnia, 3.7% in US dollars and 2.5% in Euros. Ukrainian banks offer hryvnia deposits with rates ranging from 6% to 13% per year. As you can see, the state offers a significant level of yield on its bonds that meet market conditions for attracting deposits by commercial banks. And if we take into account the absence of taxation, then the real income from investing by individuals in war bonds will definitely exceed the deposit income.

One should also remember that military bonds, like other government bonds securities are separate negotiable objects of civil rights. The owner of military bonds has the right to sell them, donate them or otherwise dispose of them during the entire period of their circulation. Trade operations with war bonds on the secondary market are carried out through financial companies that conduct professional activity in the capital markets.

Obviously, it is up to every Ukrainian whether to buy war bonds or not, but it should be noted that the government has made investing in this asset to make it as accessible and economically attractive as possible for an ordinary Ukrainian or citizens of other countries who want to support our country in times of war. In addition to patriotic motives, war bonds are a good alternative to bank deposits, which are generally very similar in terms of the mechanism for recieving income, which allows you to diversify your investment portfolio.