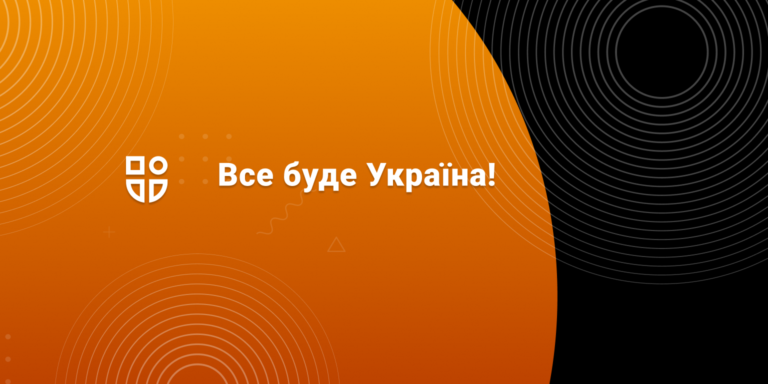 Truth for adequate one: is there any needed to make explonations the population of the russian federation

At the beginning of my work on the material, I found myself thinking that just yesterday I could not imagine that, along with many articles on various legal topics that I had written for the Legal Newspaper in recent years, there would be an article about the war. Not just about the war, but about the war against my state of Ukraine.

Hatred and disrespect of a particular nation are not the signs of a civilized society. Nevertheless, such hatred was finally formed in the hearts of every Ukrainian at the end of the winter of 2022 with the beginning of Russian aggression. And this is the choice of every normal Ukrainian.

For many years, we Ukrainians have been told that Russians, Ukrainians and Belarusians are one people. This is one of the fundamental ideas of the Russian world, which we have been trying to impose on us for many years. Russian world implies pain, humiliation, suffering and death, these are the ideas of Hitler’s Nazism, which actually is Russian already. These are the destroyed Mariupol, Kharkiv, Chernihiv, Bucha, Irpen, Borodyanka, Trostyanets and Akhtyrka, thousands of other looted and bombed towns and villages and its unfortunate  inhabitants – our dead and wounded compatriots. Many Russian-speaking Ukrainians lived in these cities and towns! And yet they came to “liberate“ these areas. Mariupol has already become Guernica, Coventry and Aleppo. I never liked any pathetic phrases, but February 24, 2022 was a great tragedy for Ukraine and a real watershed, which only confirmed in the minds of every adequate person in the world that the ideas of Putin’s russian world are unacceptable to any civilized society. If we do not stop it now, here in Ukraine, the consequences will be inevitable for the whole world.

The enemy of Ukraine is the nation of Russia

I believe that Ukraine was not attacked by Putin on February 24, it was attacked by 145 million of russians. As a result, there is almost no place in Ukraine where you can feel safe: where you can fall asleep knowing that you and your loved ones will wake up alive, that your house or apartment will remain unharmed, and an air alarm will not catch you at night. And each of the 145 million Russians, citizens of Russia are quilty in that!

According to the All-Russian Center for the Study of Public Opinion, 78% of Russians support the actions of Vladimir Putin, and 74% of Russians stand up for his decision to attack Ukraine, 17% do not support the war, and one in ten found it difficult to answer (9%). We provide this data and believe that it is important because in the days when the above survey was conducted, the world information space was filled with photos and videos from the liberated Bucha. Above pictures recorded the atrocities of the Russian military. It’s hard to even call them military. These are marauders and sadists, rapists and murderers. Such definitions will be more correct. According to the poll, more than 40% of Russians do not believe that their army committed the massacres of civilians in Bucha.

Negative selection. The psychology of a slave. Total propaganda. Lack of core values.

In Russia, serfdom was abolished in 1861. In the dimensions of world history, this was yesterday. Until that time, people were enslaved. I am not a historian, but let’s look at the history of the twentieth century from the corner of our eye:

Amid the lack of money, total poverty (the Russian Federation is limited by  well-fed and satisfied with life Moscow and St. Petersburg, Novosibirsk and Kazan, Yekaterinburg and the authorities in the East) and the lack of prospects, the consciousness of an ordinary Russian is looking for a way out. Such a way out is open aggression with the accusation of anyone, except of themselves, in all the difficulties and troubles. Such emptiness and disappointment is filled with hatred and aggression. I had to read that invaders leave inscriptions like “Why do you want to live better?” in looted apartments. So here is my answer – we, Ukrainians, already live better than you: in anxiety and suffering, death and destruction. And we will live even better!

Over the past 20 years of Czar Putin’s rule  Russian propaganda has been provoking the anger of slaves against free people. The seeds of hatred were planted long ago, and it grew not even today, but yesterday. Public opinion, inflamed by Russian propaganda, has no alternative. However, each person has the opportunity to analyze events and make conclusions. Look for an alternative. However, the citizens of Russia did not, do not want to and will not do it. It is very difficult. It’s easier to believe in fakes, to accept the picture that was offered to you by the TV.

I think we have all seen the lack of family values in most russian families. This is demonstrated by many audio interceptions made by the SSU. They went through the floor when the wife of a serviceman of the russian federation encourage her husband to rape Ukrainian women and only warns him to use contraceptives. But will it be the bottom? Not sure.

But is it necessary to talk to such Russian people about ending the war under the above circumstances? To call them to peace and to come to their senses and overthrow the Putin regime? Does such a conversation make sense? You can only talk to these who listen to. Russia does not listen to anything. It hears only its imperial ego. We do not need to talk to them and convince them that we are right. The armed forces of the occupier, which embody russian people and a cross-section of the society, know only learned by heart phrases ““the second army of the world“, “we can do it again“, “there are only Bandera’s men in Ukraine”, “no casualties“, “no man left behind“. The fact that the city of Bandera is on the map of Europe, in Moldova, is obviously unknown there. Explain to the Russians that war is bad? Apparently not worth it.

In my opinion, even the overthrow of the Putin regime will not fundamentally change anything in russia. There will be a second, third Putin. Is russian society ready for change? Is it ready to become part of the civilized world? I’m not sure. The russian people must go through lots of fundamental changes. I’m not sure it wants that kind of change. If russia does not build human-oriented rules of cohabitation in the future, the wars will go on. Today there is a war on our land. Who is next?

I would like to believe that not all Russian people support the fascist regime of Vladimir Putin. I hope that in spite of everything, there are russian people with self-respect, Russian people who condemn the war and openly declare it. Many thanks to all the russians who go out to single-person pickets against the war in Ukraine, who are detained and subjected to criminal prosecution!

And I will address other citizens of russia with these words: forget about the parade of russian troops on Khreshchatyk and go where your warship went. On Khreshchatyk, of course, there will be a parade – a parade of our Victory, the Victory of good over evil, light over darkness, freedom over slavery. On the Maidan Nezalezhnosti in Kyiv on this day, the Kiyv citizens and people from all over Ukraine will come in an endless stream. We will remember our fallen soldiers by name, we will say “The Lord’s Prayer” and pray for the repose of their souls, we will reward the Heroes and we will sing together the anthem of Ukraine. It will be so. And that day will come soon. After all, we are Ukrainians on our own land and God is with us!